A participant of a recent level one climbing course insisted on calling the Prusik knot a Sputnik, which I though was really cool, because, well… Sputnik was just so iconic.

Then I was looking for an image of Karl Prusik, the inventor of the Prusik knot to illustrate this blog post. This knot is pretty ubiquitous in alpinism as a back up knot when using a figure of eight, in tree care also it is the foundation of traditional work positioning systems – besides maybe the Tautline or the Blake’s Hitch.

I was quite concerned when a number of the images that a web search threw up were of him in a Waffen SS uniform. This made me dig a bit deeper, the history surrounding that period is not happy, with Prusik, sadly enough, very much a part of it. 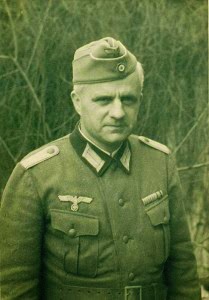 The German and Austrian Alpine Association, same as the League of German Gymnasts, preempted Hitler’s racist ideology by a good ten years.

In 1924, whilst Hitler was incarcerated in Landsberg and busy sketching out his ideas of a rule of Arian supremacy in Mein Kampf, these circles were very much acting as an avant-garde for future developments by permeating society with militarized and racist ideologies, which in turn laid the foundation for the road which ultimately led to rampant expansionism and the holocaust. In fact, as early as the 1890s the association started excluding Jewish people from being members, forcing them to found own sections. Placards proclaiming Jews not welcome were a common sight on alpine huts from the 1920s onwards.

Not only was racial purity seen as a prerequisite for extreme climbing feats, segregation of the sexes was also introduced as a measure to cleanse mind and body of impure thoughts. Prusik, a mountain guide and later a captain in the Waffen SS, stated in 1926 that “celibacy in the mythical alpine space”, as was already practiced by ancient Germanic people, was the foundation for extraordinary achievements.

This controversy is not new, Reinhold Messner, the famous alpinist, attacked the Alpine Association for not coming clean with its dark past, but rather attempting to cover up or deny these clear links to the Nazi regime and its ideologies. Rainer Amstätter documented all the above in his book “Der Alpinismus” in great depth, since then the DAV has sponsored a number of exhibitions attempting to document the breadth and depth of its own historical involvement with the Nazi atrocities.

I have to confess that after having read all this, I find the fact that today we still use the name Prusik for this hitch more than just a little disturbing. I am not suggesting that we purge all reference to dark times from our collective memory – on the contrary, I believe critical debate around such issues to be essential, if we are not to repeat the same mistakes over and over again, but this feels uncomfortably like an unbroken tradition.

This is certainly a story I will be telling in the future when I introduce this hitch.

Hey, how about a name change to the Sophie Scholl Hitch? Now that would get my vote! 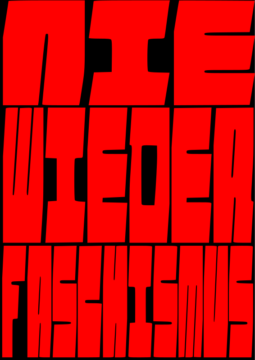