When comparing tree work with other on-rope activities, take for example industrial rope access , I am always struck by the contrast in the range of tools and techniques used: rope access technicians are limited to a few tools and a fairly narrow, well defined range of techniques.

Tree work presents a considerably different picture… a dizzying array of gear and ways in which it is configured and used. To use an analogy, it almost feels like comparing a diverse, natural-growth forest with a monoculture. Which is a bit flawed, as that might sound judgemental, but still, the image holds true… on the one side a narrow well-defined set of technique that are taught and practiced, with little end-user involvement versus on the other side a plethora of ways to get a job done, many of them evolved by end-users themselves – or at least with a strong end-user input.

On the surface one is tempted to say that diversity is good as it allows for each and every person to decide exactly what is good for their requirements and the situation in which it is going to be used. Having said that I am slightly concerned that the degree of diversity is such that it may turn out to be an arboreal equivalent of Pandora’s Box. 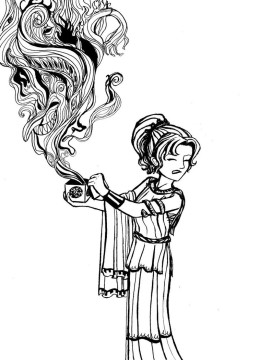 A couple of weeks back at the Austrian tree climbing competition the scenario was that the casualty was suspended on their access line, attached by ascenders. Out of the whole field, merely a handful of climbers managed to detach the casualty — and of those only two or three managed get it to the ground within the set time.

The scenario was a fairly typical rope access rescue scenario, the sort of thing that rope access technicians train for. The fact that whilst on the one hand mechanical systems in ascent have become so ubiquitous in tree care, yet at the same time arborists struggle with a fairly standard rescue situation would suggest to me that the depth of understanding – being able to respond in case of an emergency or other unforeseen events constituting part of that understanding – that arborists have of these techniques is actually quite shallow. Fine so long as things are all normal – but when things go bad they struggle to respond in an appropriate time frame.

And it does not end there, this is not just about planning for emergency.

I am also concerned about some of the configurations people are coming up with. An example? The practice of backing up ascenders with a Rocker or Buddy-type device below the hand ascender. If you look at the Buddy user instructions these clearly state that the device shall be able to run up and down the back-up line freely. Further, they state that for ease of function the line may be weighted with a 1kg mass. Yet the way in which this device is being used by arborists in access both these points are not given: the Buddy or Rocker are held high by a bungee cord (essentially in the position a chest ascender would be in) – and the line is weighted with your body weight every time you are standing in your foot ascender. Is this good practice? As I am not the manufacturer, I am not really in a position to make a definitive statement, but what can be said is that this device is not being used according to manufacturer specifications.

Do not get me wrong: I am certainly not claiming that all is doom and gloom or attempting to scaremonger – far from it! Without a doubt many very interesting developments, devices and techniques have evolved out of this process of trial and error. But there comes a point where – as an industry – we need to take the next step and decide what boxes we are trying to tick with our ascent systems and define best practice requirements.

Booooring, you say? This is going to stifle your style, you say?

It need not, in my opinion.

Best practice guide lines should be just that: generic performance criteria that define parameters that assemblies and systems shall fulfill. In such an instance you still have the freedom to decide how best to achieve those goals or which solution best suits your style or the structure you are working on – albeit with guidance regarding the benchmarks you should be aiming for.

The Victorian Tree Industry Organisation document written by Joe Harris, Scott Sharpe and Grand Cody on single rope technique went a fair way towards this goal. The only comment I would make regarding that document is that here and there it is quite specific, whereas I feel that a purely generic document might be more helpful and have a longer shelf life, i.e. takes longer to become outdated. But again, do not get me wrong, I think the guys did great job, I am not aware of anyone else having done such a thorough review of arb-specific ascent techniques.

What brought all this home for me was watching Ronny Epple’s ascent during Masters’ Challenge in Monza last month. He used a Rope Walker systems – similar to the one he used during his climb at the Masters’ Challenge in Pittsburgh back in 2005 (I think). Back then Ronny’s rope walk caused quite a stir – whereas now it has become very much part of the course.

There is no doubt: mechanical systems as a tool to ascend into trees are here to stay – so let us ensure that we have a thorough understanding of them, that we use the tools in the fashion they were designed to be used in and ensure that we are able to respond in case of an emergency.